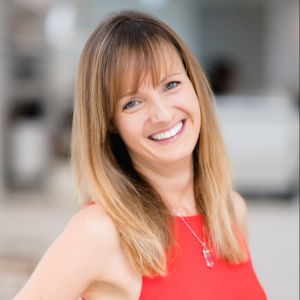 It’s August 2010, and I’m standing outside my manager’s office with a momentous letter in my hand, shaking so badly that anyone who walked by could only imagine I was either having a seizure, or had downed way too many venti Americanos.

Petrified, I looked around once more at the scene around me… people in their cubicles, going about their day, doing the things, answering the phones, stretching their legs every few hours. This was my life, and it had security written all over it. I could stay here and do all the things… smile, move my papers, maybe go to happy hour…read my book on the bus… then go home before doing it all again…having the security of always knowing what to expect in this predictable routine.

Or I could walk into that office, hand over my letter and throw all semblance of certainty down the drain.

I had spent the last year doing administrative-ish, paper-moving, secretary-like activities with a bunch of people who were really awesome. To be honest, I really did enjoy working in that office for a while – I loved getting to know all the different personalities, having random geocaching adventures during lunchtime, and bonding with my coworkers in a way that you can only do when you’re all required to share a very limited space together for 8 hours a day.

The psychology-loving part of me adored getting to know so many different people in such an interesting way, people who I never would have had the chance to meet otherwise. I loved working on different projects, cracking inside jokes with co-workers and engaging in surreptitious mini-basketball games in my friend’s office.

From the literal water cooler talks to the hilarious passive aggressive notes on the microwave and never-ending awesomeness of surprise baked goods in the break room, I was constantly smiling at how similar this lifestyle was to “The Office”, and actually at how funny and enjoyable it could be at times.

I will always be grateful for my time in the corporate world, short as it may have been. I learned a ton about who I am, and I learned that just because something isn’t for me, it doesn’t mean that it doesn’t work for other people.

I did a lot of soul searching at that job, and battled a lot of demons that told me there was something wrong with me for not being able to conform to this lifestyle. Simply put: I gave the whole conforming, taking-the-path-laid-out-for-you thing a shot. I met a lot of awesome people, and had some great experiences. But here’s the thing – even though I gave this path a shot, I always knew deep down that it wouldn’t be my way… I can’t explain the feeling… all I knew, was that it made sense at the time to give it a go. And after a while, it just became strikingly clear that this wouldn’t be my long-term path.

So one day I did a quick Google search of the best places to teach English abroad. Stumbled on the Czech Republic. That sounded exciting… and random. Signed up for a TEFL course (English teaching certification.) And planned to move to Prague in a few weeks.

Which led me to that terrifying place, outside my manager’s office, clutching the letter that would completely alter the course of my future. I literally thought I was going to puke on the way (I actually may have, and just blocked it out mentally!)

So what I’m saying is, that saying “no” to the path most trodden is not an easy thing to do. In fact, it’s scary as sh*t. And I’m not going to get all woo-spiritual on you right now and tell you to just tap into your ever-abundant resources of courage and guiding light of truth to just get you through it.

No… sometimes it really just sucks. You might feel your stomach drop out of your shoes and your heart pound so hard that it’s all you can hear in your head….it might seem like this is the actual end of the world and there’s no conceivable way you can get through this experience without actually dying. It might feel absolutely, unbearably impossible to step off the path most trodden – but I am telling you – do it anyway.

Feel the pain, feel the burn (FEEEEL the BUURRRNNN!!), and step into your freedom BEFORE you have a plan. Uh yes, that’s right… you heard me correctly. Before you have a plan.

(Having a semblance of a plan is great… I had the English teaching plan… but what I’m saying is, you don’t need to have a perfectly laid out plan in order to change your course. Because the act itself of changing your course, is going to open up new opportunities.)

Bottom line is this: if something isn’t right for you, and you know that (and you DO know that, always, you know…), then it is your duty as a human being with exactly one life to live, to say “no” to that thing and get on a different path. That’s basically it.

So you see – courage isn’t about tapping into your higher self and transcending the earthly world and suddenly feeling peaceful enough to live in your truth without feeling fear.

Nope – courage is feeling the fear, in all of its teeth-chattering, stomach-turning, nauseating glory, and doing the damn thing anyway.

It will be completely and unimaginably worth it.